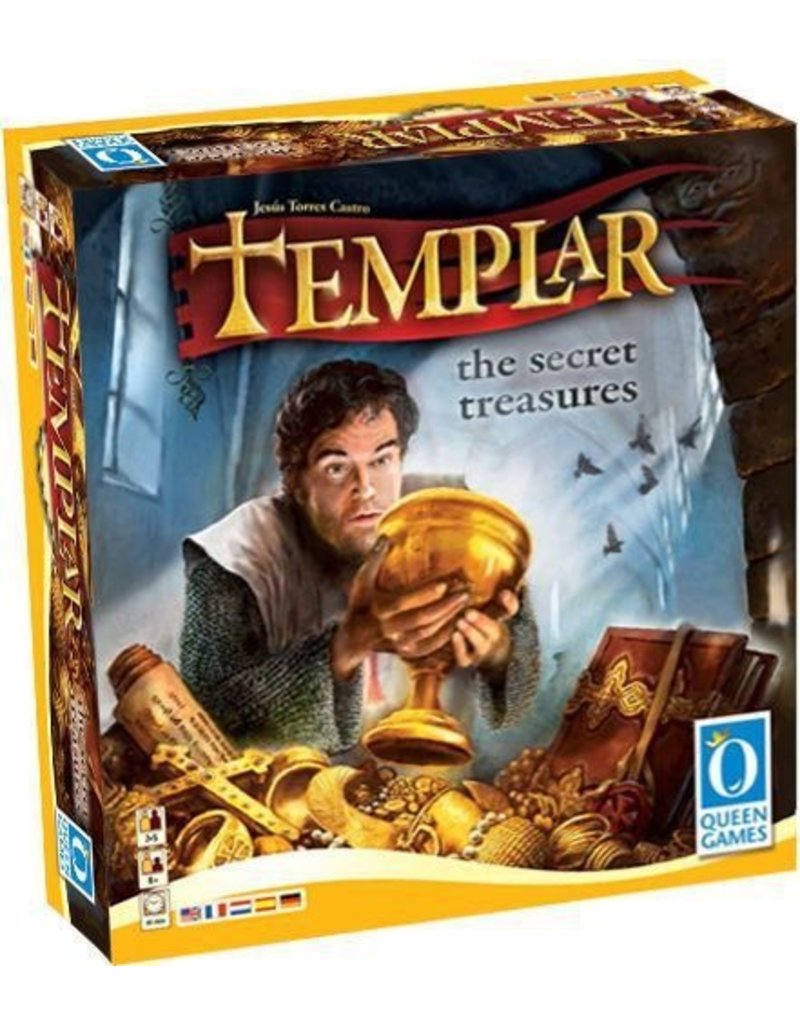 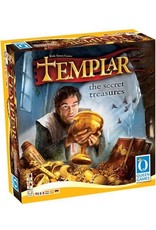 Templar: The Secret Treasures is an exciting family game in which the players help the Knights Templar to get their treasures to a secret abbey and hide them inside. Each player can use the different members of the abbey to help them hide the treasures - but every character is different and needs to be used wisely. Whoever hides the most treasures wins! Each player has a hand of ten character cards and a starting supply of treasure: one book, one chalice and a handful of signet rings that come in three types. A harbor with six storehouses is stocked with additional treasures and three characters - Abbot Remigius, Vitus and Prior Severus - are placed in the 13-room abbey. Some characters represent monks who help you move through the abbey and hide treasure, others allow you to take treasure from the harbor, open a locked door while closing off another passage, or move treasure that another player has already stashed, among other things. When a player moves Abbot Remigius, the Abbot rewards all players who have stashed treasure in the room in which he ends his movement, with all of the treasure then being marked as scored - other than duplicate signet rings, which can score again should the Abbot return. (Vitus, who isn't controlled by a card, follows the Abbot closely to spy upon him, thus keeping the Abbot from returning to the most recent room he entered.) If the Prior Severus is in a room, though, the Abbot can't do his thing as Severus would then discover the treasure and learn of the Knights' actions.