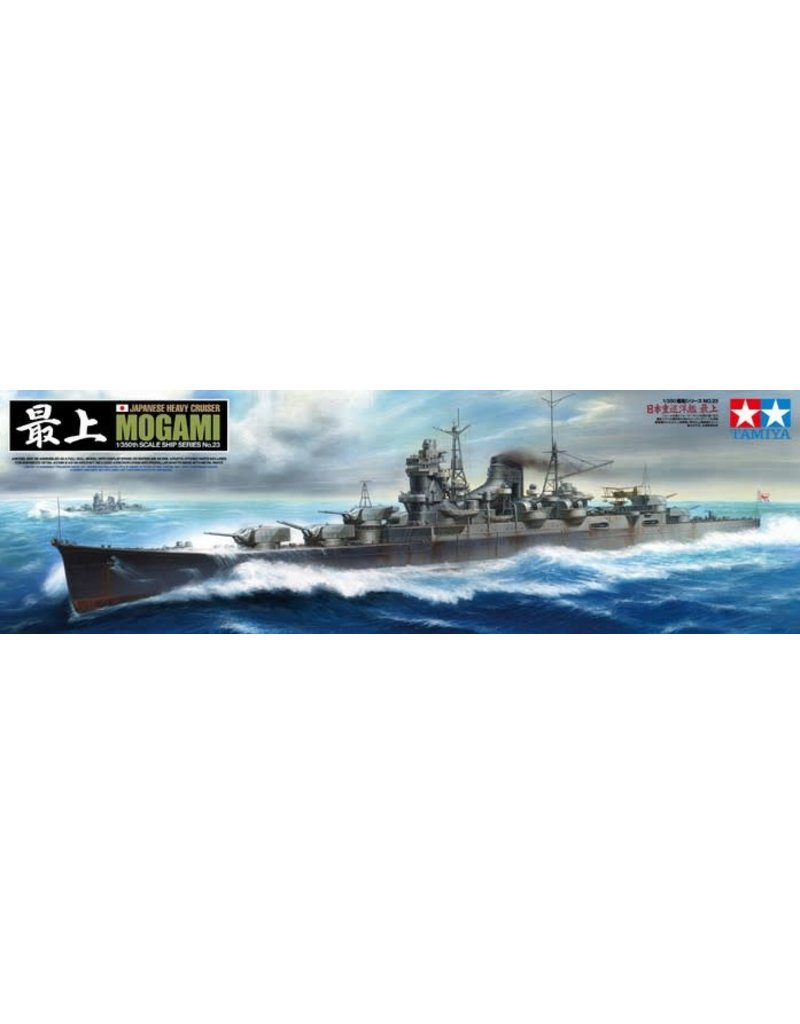 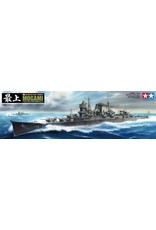 The Mogami-class was designed in 1931 as 8,500-ton light cruisers armed with five triple 15.5cm gun turrets, and the lead ship of the class, the Mogami, was completed in July 1935. She was rearmed with twin 20.3cm gun turrets in 1939 and it was in this configuration that she entered the war. She and her three sister ships formed the Japanese Second Fleets's Cruiser Division 7 and were assigned to support the landings at Malaya. During the Battle of Sunda Strait in March 1942, Mogami and her sister ship Mikuma sank the heavy cruiser USS Houston and light cruiser HMAS Perth. Following extensive damage suffered at the Battle of Midway, her stern was dramatically modified to carry reconnaissance floatplanes in an effort to enhance the fleet's scouting capabilities. She took part in the Battle of Leyte Gulf in October 1944, where she was severely damaged by U.S. carrier aircraft and had to be scuttled by friendly forces.