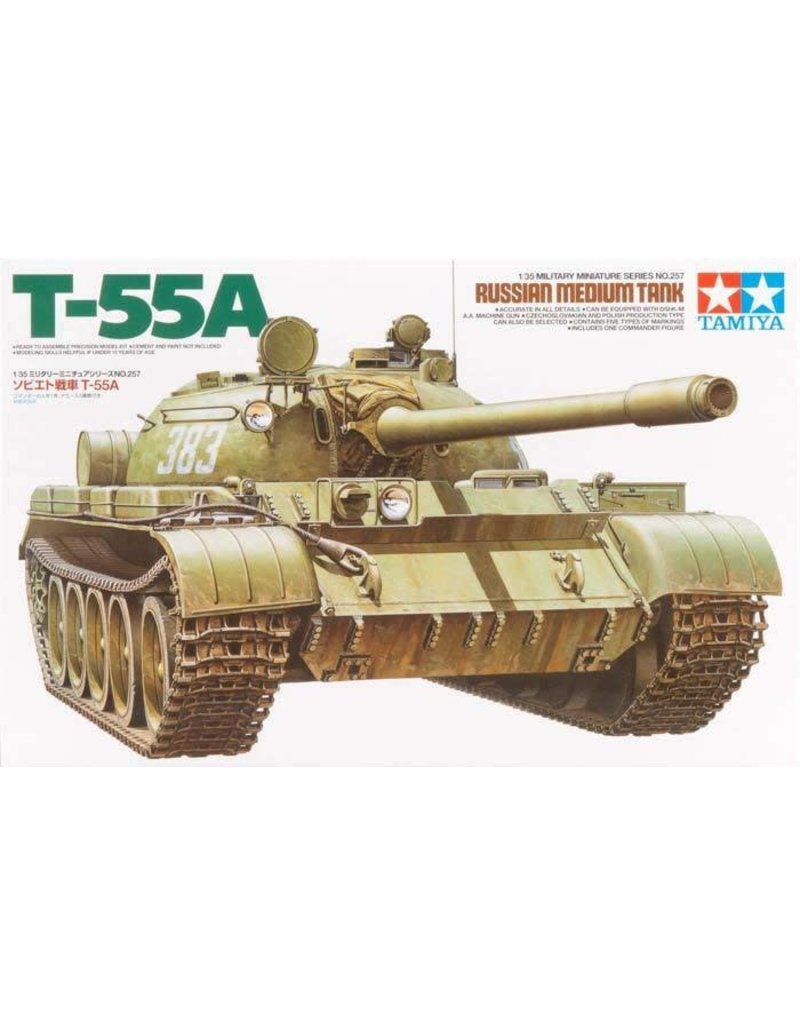 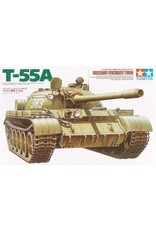 T-55 production began in 1958, as tensions between western countries and the Soviet Union grew. It was easy to produce and featured an oblique front hull wall, a compact hull and a semi-spherical turret to limit vulnerability. The T-55 was also well armed with a 100mm main gun. In the early 60's, the T-55A with anti-radiation internal liner and anti-radiation cover on the tank commander cupola was developed. T-55 and T-55A were also license built by Czechoslovakia and Poland and some received various improved equipment resulting in many sub-types. T-55 production continued until the late 70's and equipped the armies of over 40 countries. It was used in various wars such as the Middle-East Wars and the Gulf War.