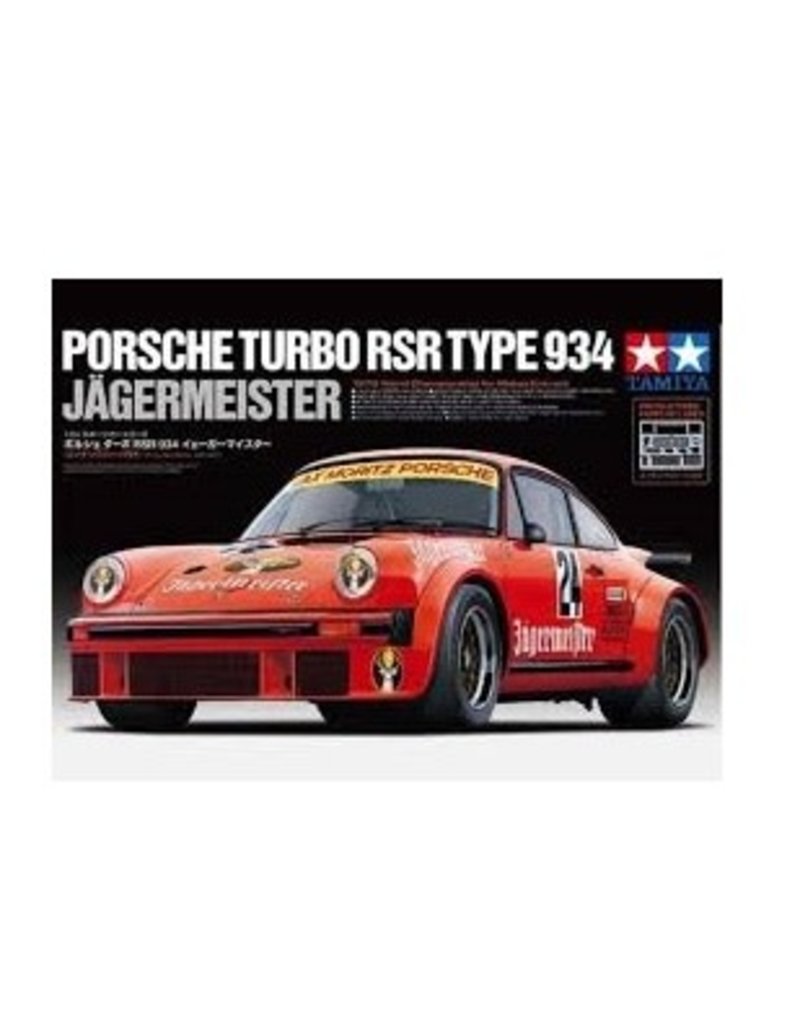 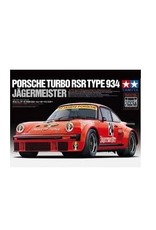 The Porsche Turbo RSR was developed to race in the revamped racing Group 4, which started in 1976. Based on the 930 Turbo and competing in the aforementioned Group 4, the car was christened the 934 Turbo. It had a 2993cc engine capable of a maximum output of 485hp and torque of up to 62kg/m. One of the 50 that were produced up to May 1977, the Max Moritz Team car was sponsored by the German liqueur maker Jägermeister and bore the famous orange livery associated with the brand.

This famous racing car now makes its way into the Tamiya 1/24 Scale Sports Car line up, having also appeared in the 1/12 Big Scale Series back in 1976. With the attention detail one comes to expect from Tamiya models, this model faithfully replicates the car's flared fenders and large rear wing, the interior with roll-cage, and even the underside of the chassis. The metal-plated wheels are fitted with rubber slick tires, and the front bumper and engine hood mesh are recreated using photo-etched parts while metal transfers are used for the cars mirrors. It all adds up to a very precise model!