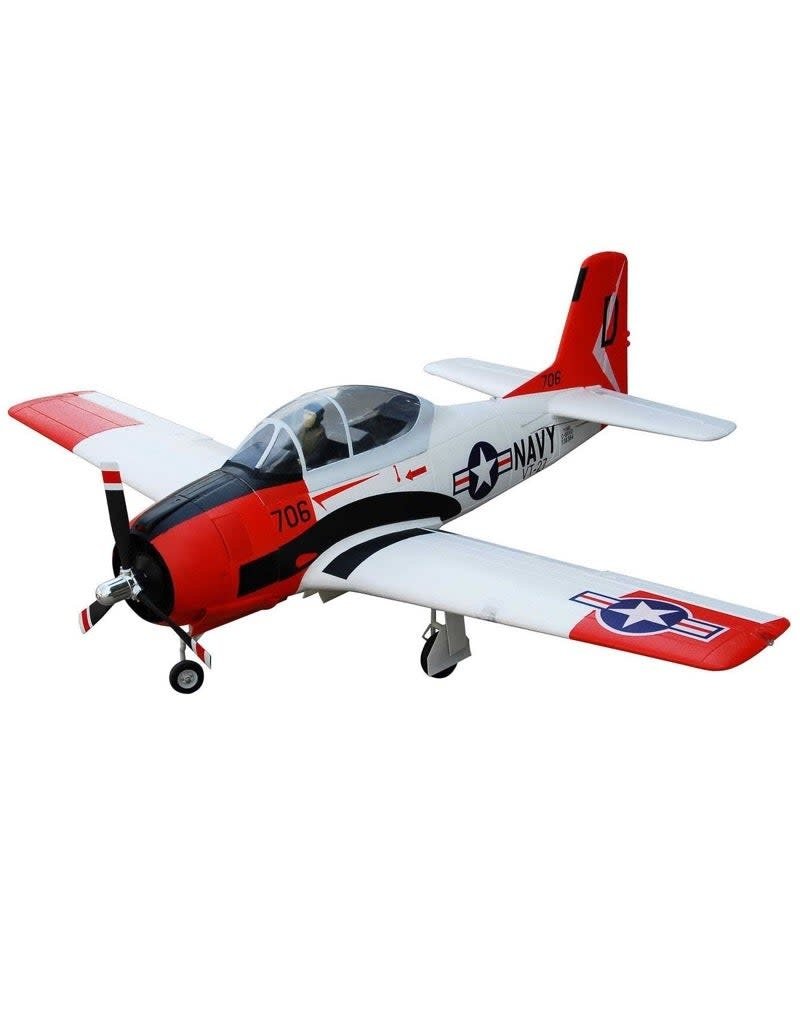 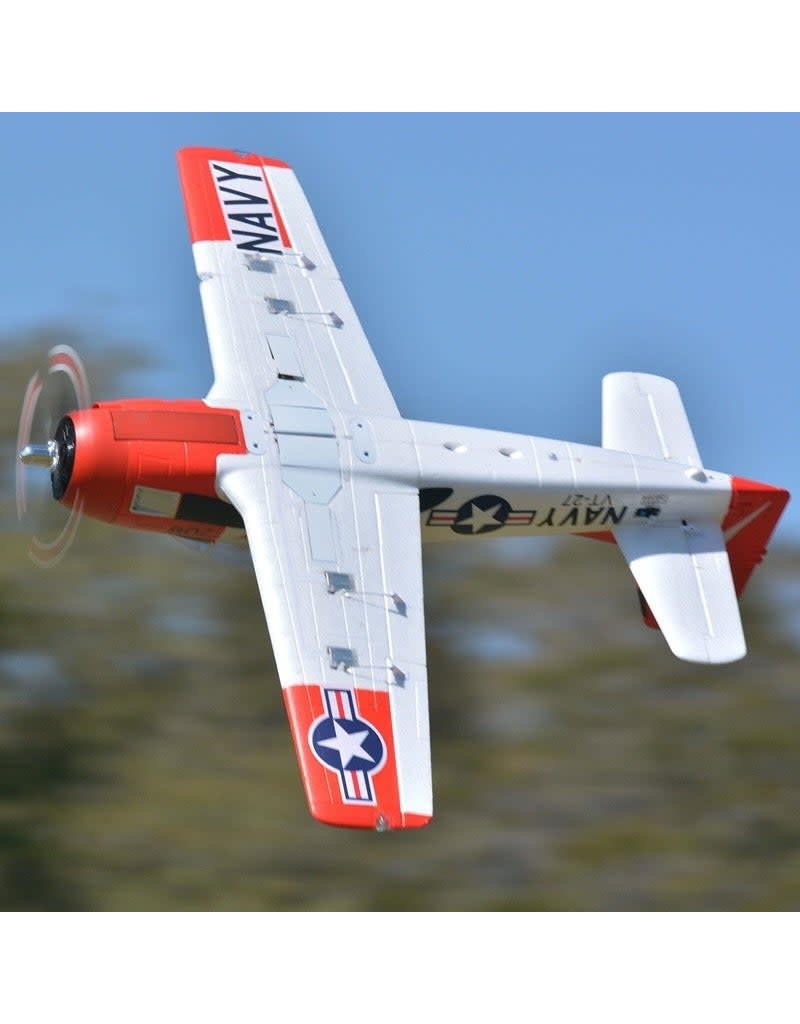 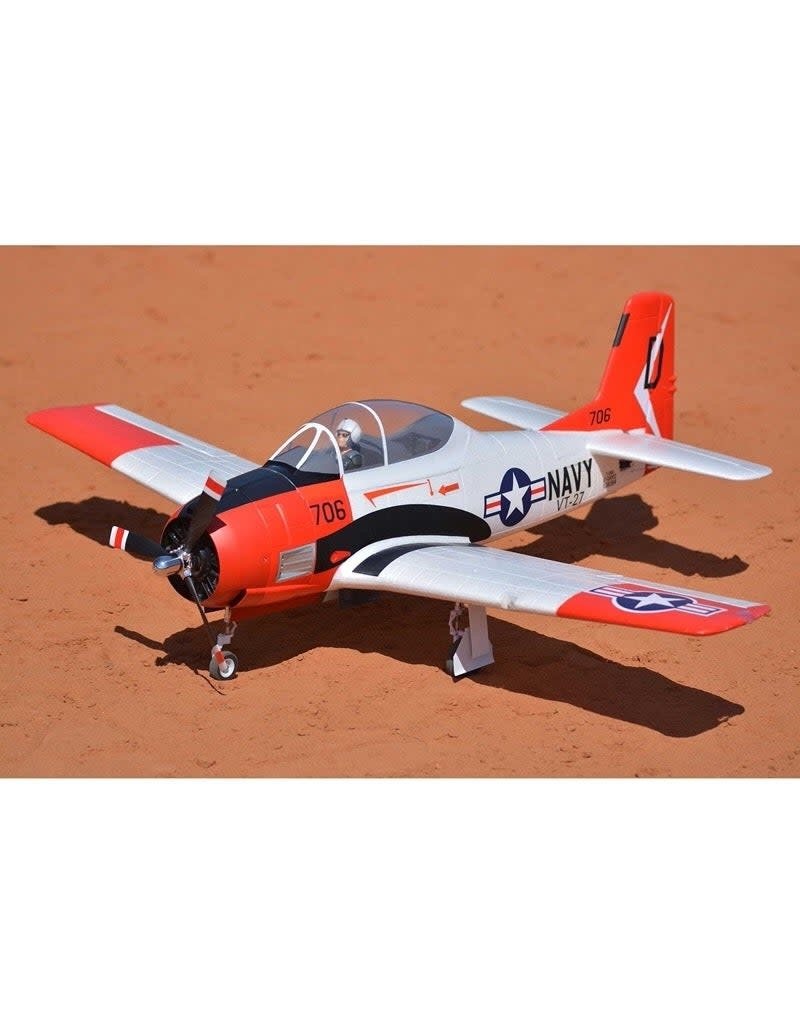 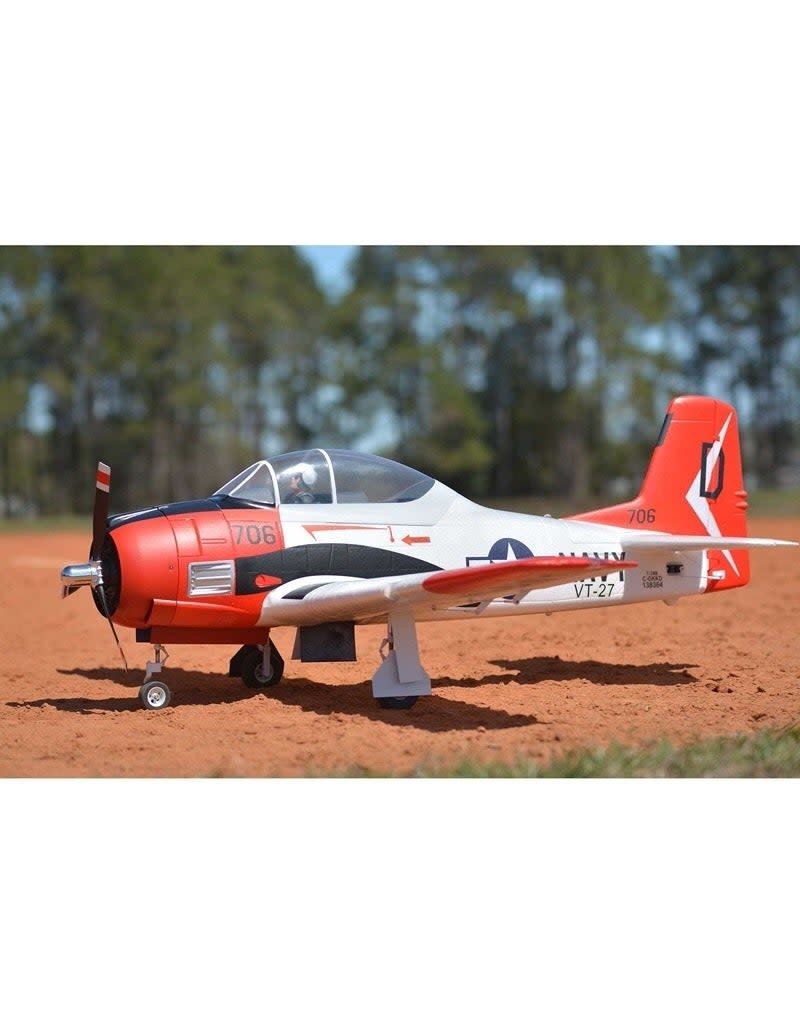 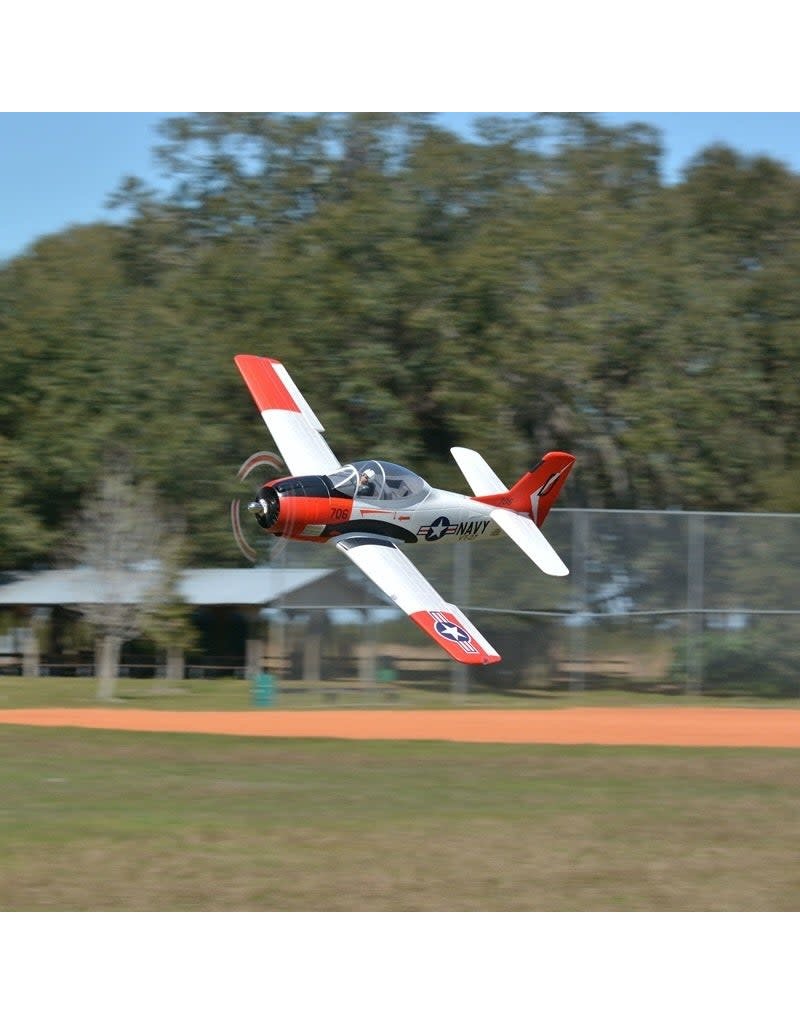 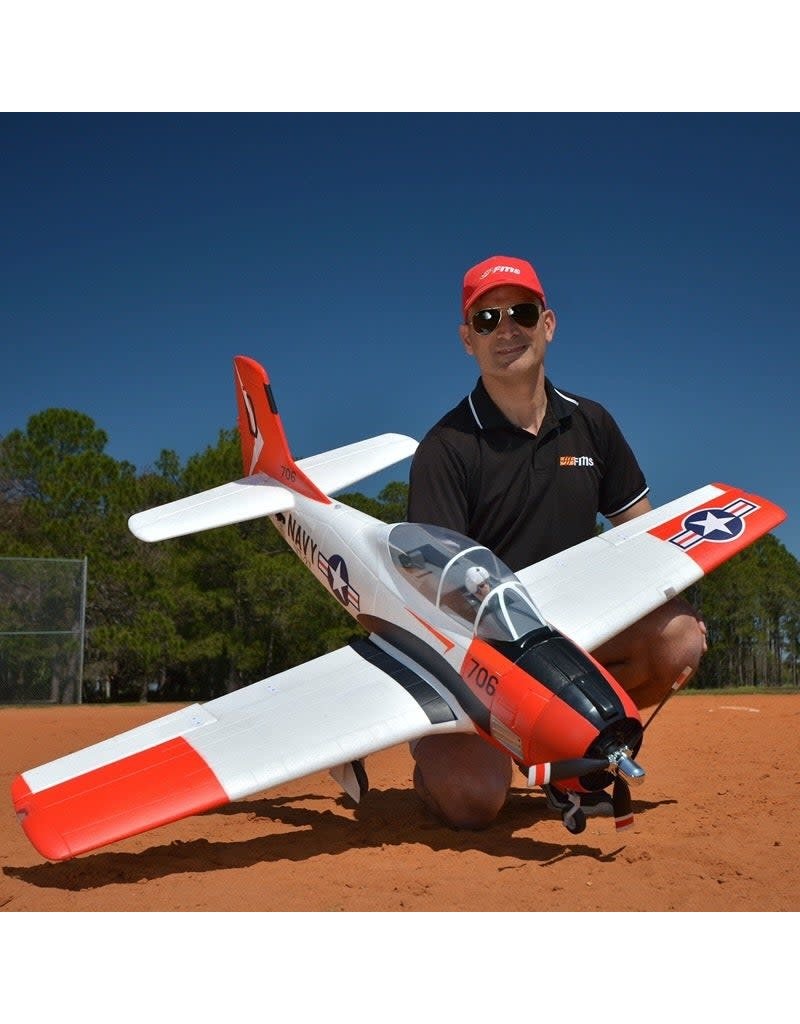 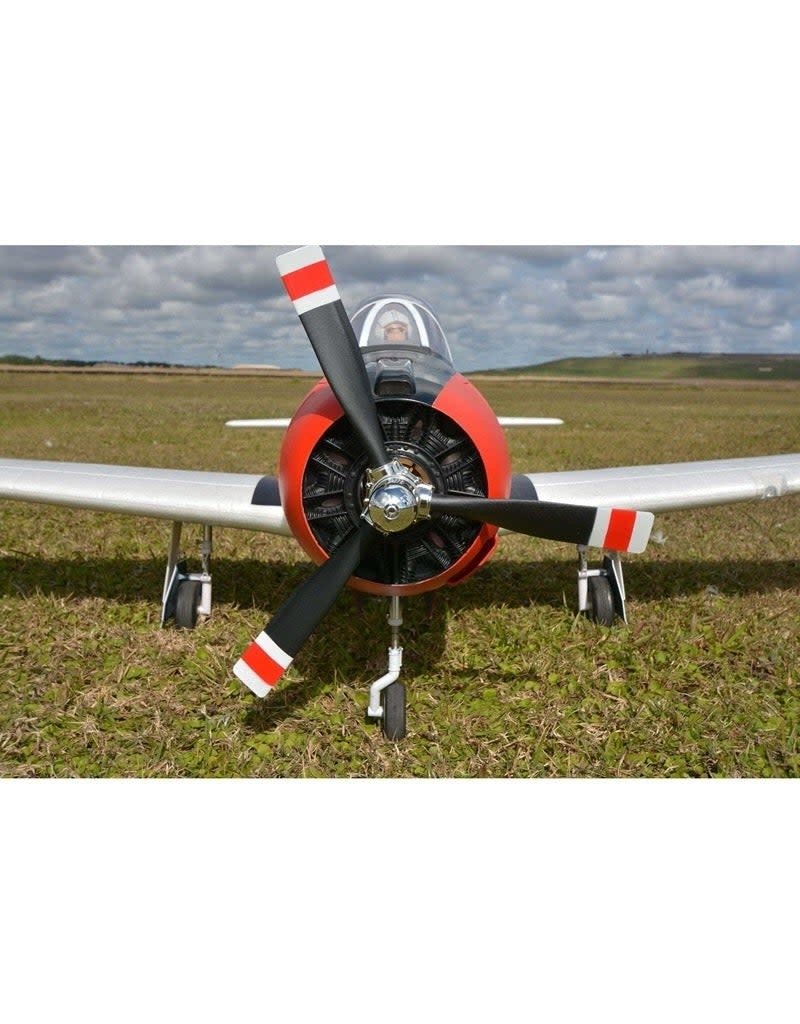 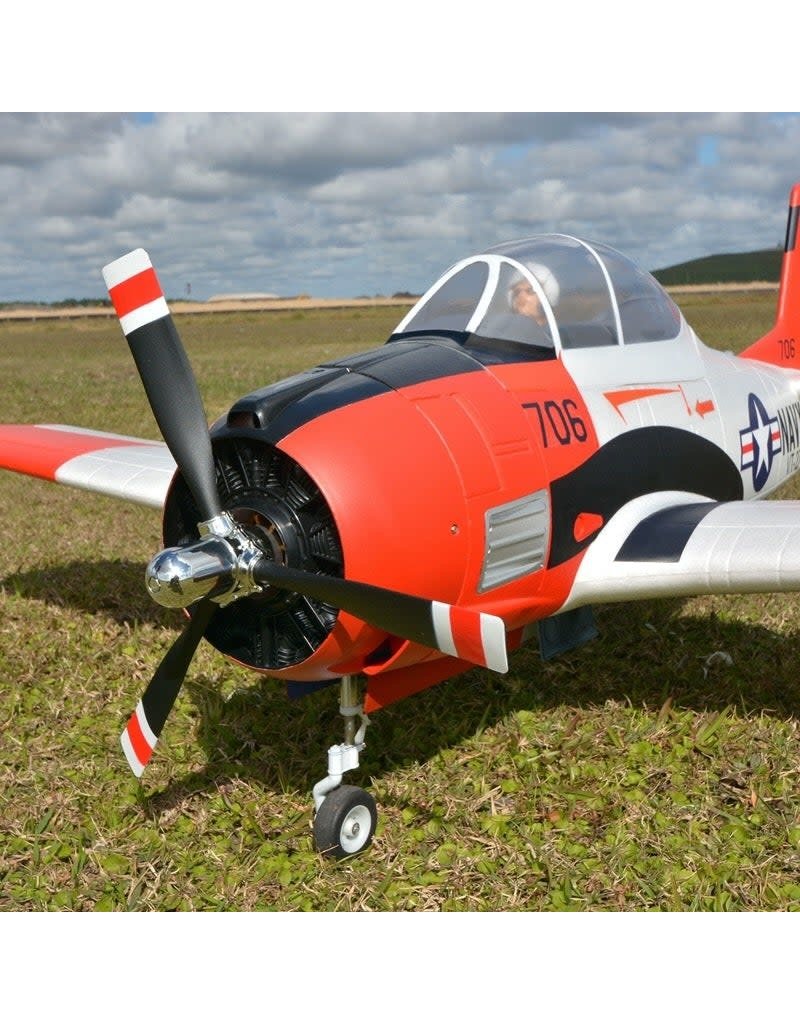 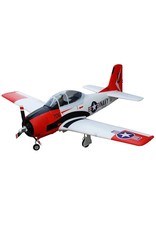 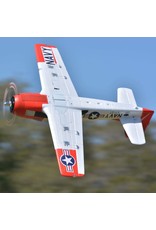 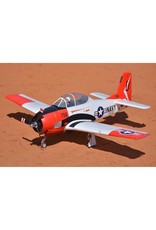 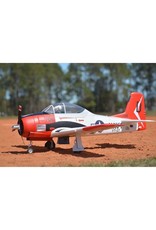 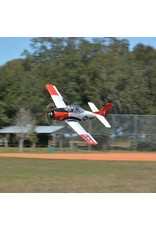 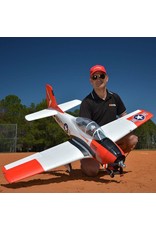 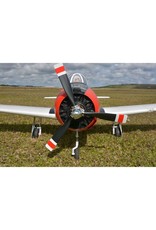 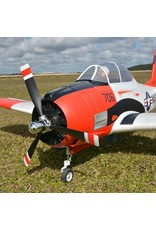 No matter whether you had an FMS T28 before, the new V4 is full of surprises. First of all, the foam ratio has been upgraded from EPO 40 to the lighter and larger EPO 52, which alleviates the airplanes weight, without weakening the airplane. Moreover, the original oil paint which has an unavoidable negative side effect of corrosion has been replaced by the latest environmental water-based paint.

The latest FMS multi-connector is used in the V4, which makes the assembly easy and simple while leaving the wires orderly and user- friendly. The 1400mm T28 V4 adopts the new design of ball linkage to remove the play for a more accurate flight. The updated 4258 kv650 motor increases the power and speed around 30% higher than the previous V3 version, plus the new power system can work with 4S, 5S, and 6S batteries to satisfy different customer requirements. Both front and rear landing gears are now metal, with a shock absorption function for hard landings.

In terms of construction and performance the 1400mm T28 V4 is totally different to the old versions. It is certain that the V4 greatly enhances flight appeal.

Don't miss out on this thrilling experience!

The Reflex V2 is a user-upgradeable flight controller. Reflex V2 can be reprogrammed easily with different model files via a simple software - allowing pilots to use the same flight control unit as they progress to different aircraft. Flying is simple when you have your very own “co-pilot” — the Reflex V2!

Three flight modes are available: Stabilized, Optimized or Off. This is controlled with a two or three position switch on the transmitter. When assigned to a two position switch, the Reflex system changes between stabilized and optimized modes.

Utilizing advanced solid-state gyros, the Reflex system maintains aircraft attitude by counteracting inflight upsets - for gusts to crosswinds. With Reflex, even small aircraft will fly with the confidence of something much larger!

Turns off all gyro functionality, the aircraft is flown completely manually when the gyro is off.