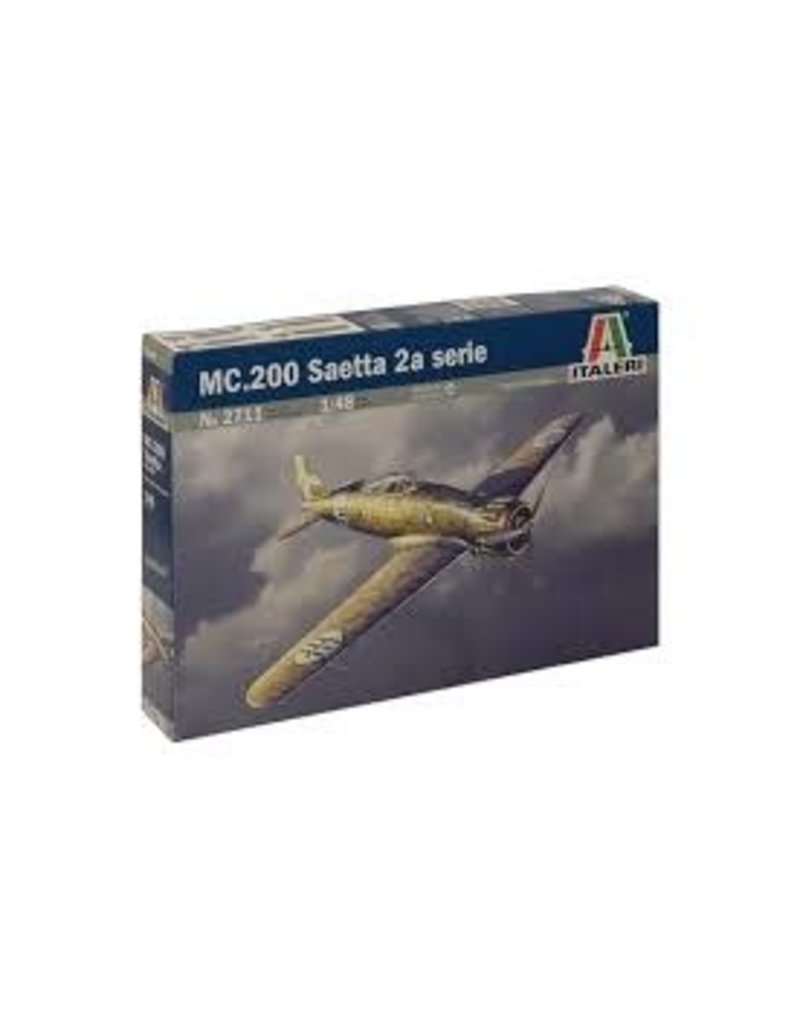 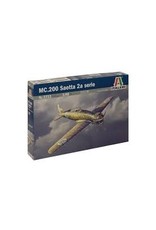 The Macchi MC 200 was the most common Italian fighter used by the Italian Regia Aeronautica during World War II. More than 1,150 MC 200, in various versions,  had been produced by Macchi during the War. It has been used on all main fronts, from the Mediterranean area to Russia. Based on the same Fiat G-50 all-metal construction technology, with it shared the two row 14 cylinder air cooled radial engine A-74 RC 38, the “Saetta” was preferred by pilots for its maneuverability and sturdiness. The engine, incorporated into the  characteristic bulged cover, combined with the three-bladed propeller, could provide 840 HP. However, compared to the Allied more modern fighters, Mc 200  was underpowered and under armed. These two weaknesses were solved with the next generation of fighters such as the Macchi MC 202 and MC 205