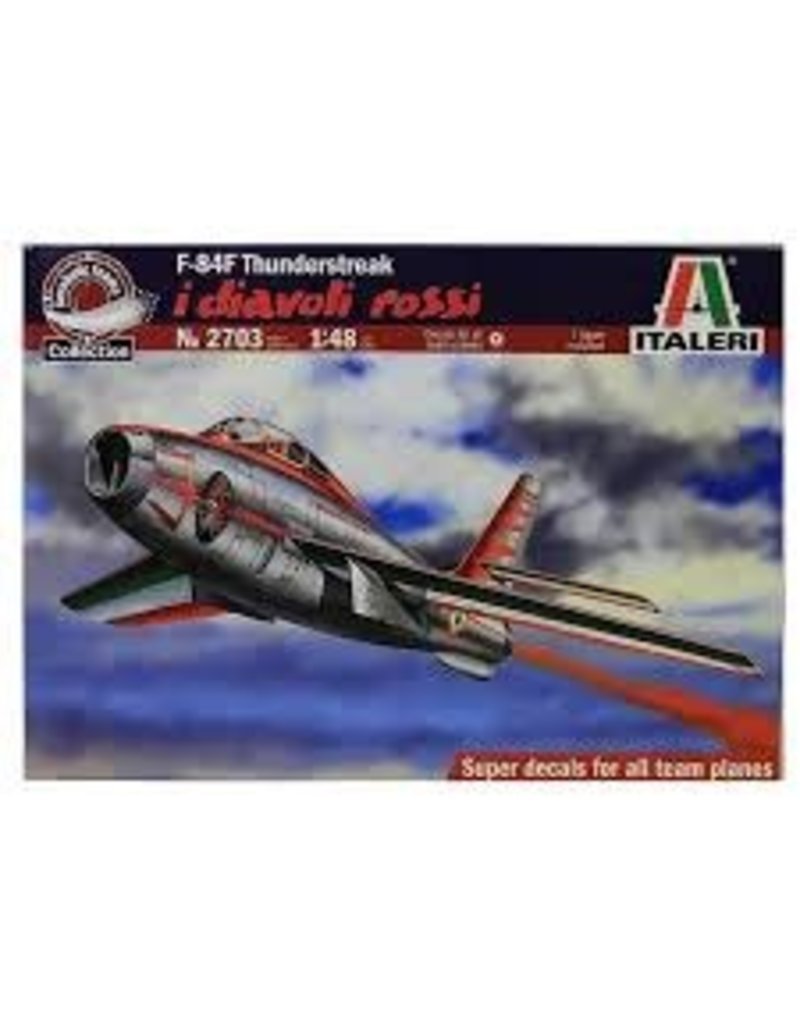 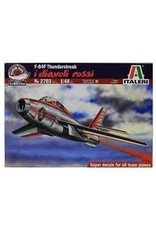 The F-84F Thunderstreak, powered by the Wright J-65 jet engine, became one of the most notorious jet fighters of the 1950s. Characterized by a swept wing, the single-seat fighter of the Republic was not only used by the U.S. Air Force, but also by the air forces of many NATO countries, including the Italian Air Force which used nearly 200 F-84Fs to equip its flight units with fighters and fighter-bombers from the second half of the 1950s. The F-84F was also assigned to the 6th Wing, stationed at Ghedi, which, in addition to traditional operational uses, employed the aircraft for the establishment of the "Red Devils" aerobatic team. The livery of the acrobatic team’s 7 Thunderstreaks featured red wings and the symbol of the Devil with his trident. The "Red Devils" remained active until 1959, and the experience of this first "aviation unit" acrobatic team to use jet aircraft, laid the foundations for the establishment of the National Aerobatic Team  in 1961.