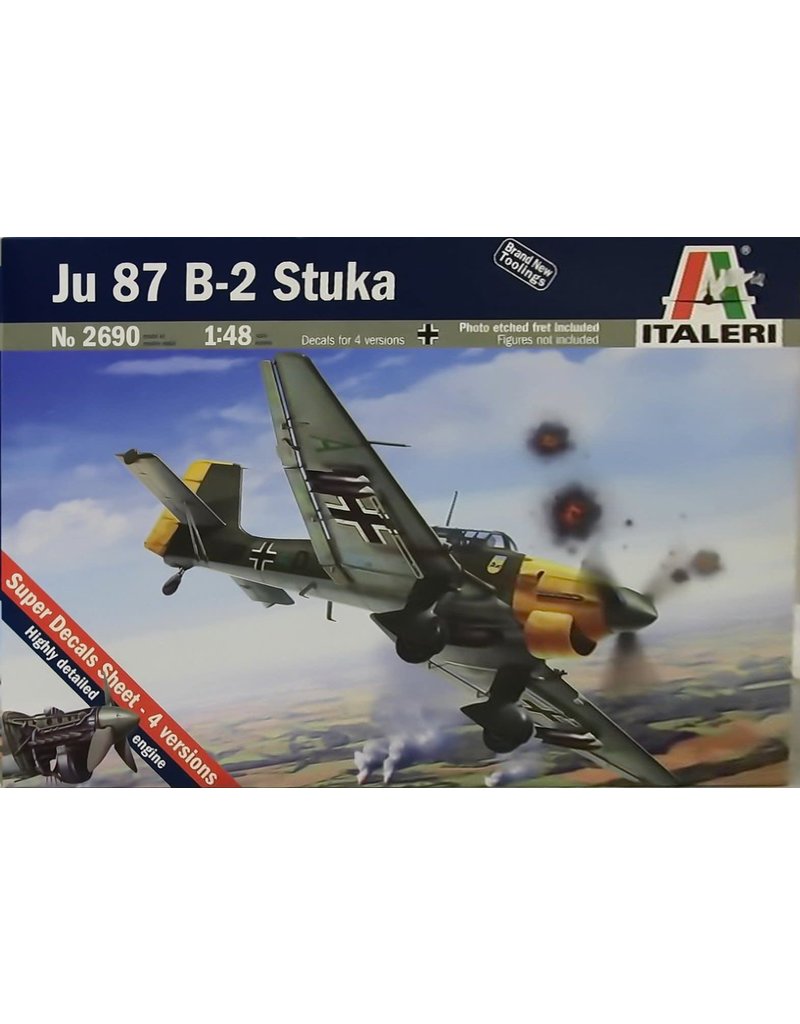 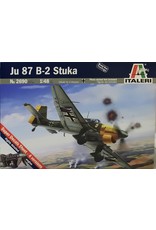 The Junkers Ju 87 Stuka was a two-seat dive-bomber/ground-attack aircraft. Designed by Hermann Pohlmann, the Stuka first flew in 1935 and made its combat debut in 1936 as part of the Condor Legion during the Spanish Civil War . The aircraft was easily recognizable by its inverted gull wings, fixed undercarriage and its “wailing” siren. The Stuka's design included several innovative features, including automatic pull-up dive brakes under both wings to ensure that the plane recovered from its attack dive even if the pilot blacked out from the acceleration. Although sturdy, accurate, and very effective, the Ju 87 was vulnerable to modern fighter aircraft, like all other dive bombers of the war. The Ju 87 was a single-engined cantilever monoplane and its structure was all-metal. The main construction material was duralumin, and the external coverings were made of Duralumin sheeting. The wing was the most unusual feature and consisted of a single center section and two outer sections. The center section had a large negative dihedral and the outer surfaces a positive dihedral. This created the gull, or "cranked" wing pattern along the Ju 87's leading edge.