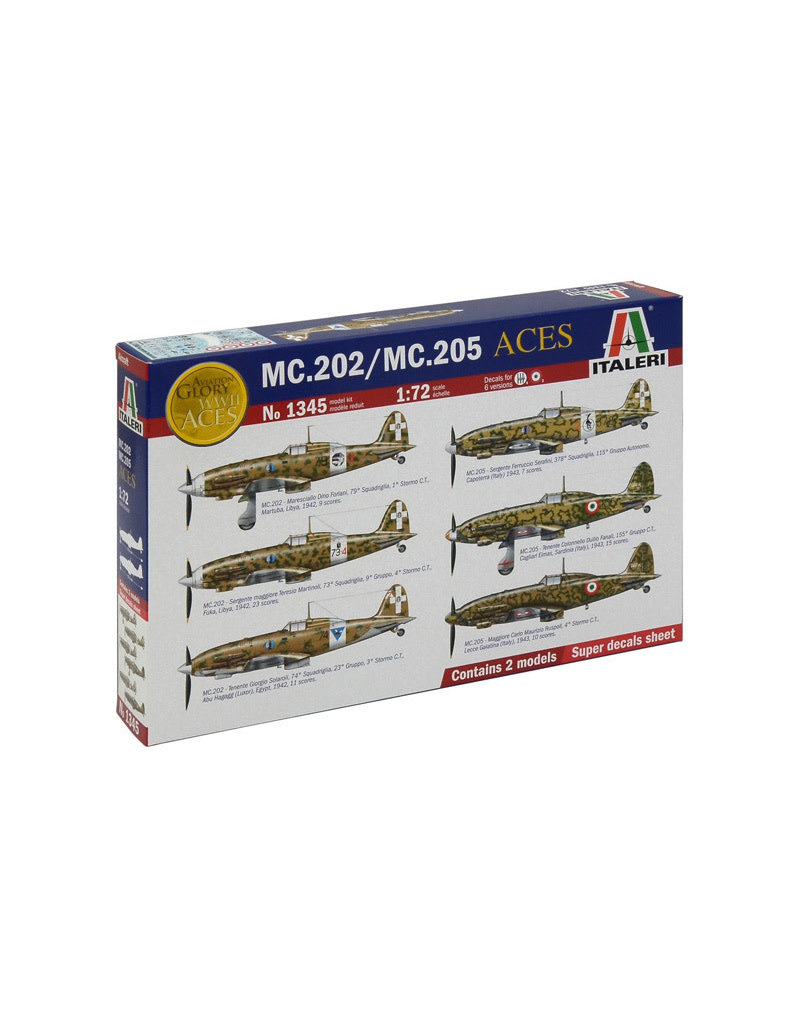 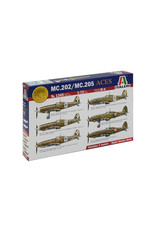 The Macchi MC 202 Folgore has been a real innovation for the Italian Regia Aeronautoca fighter squadrons. Extraordinarily beautiful, from the aerodynamic point of view, it was equipped with the powerful German engines produced under license by the Italian manufacturers. Thanks to the new engines and the strength of the project, the Macchi MC 202 become immediately an effective “dogfighter” able to counterbalance the performances of Allied fighters. The “202” evolution was the Macchi MC 205 Veltro, featured with an heavier armament and a more modern and more powerful engine. A lot of Regia Aeronautica Aces, who had fought on the CR-42 biplanes and on the dated G-50 and Mc-200, found in Macchi’s fighter their warhorse. After the September 1943, the MC 202/205 fighters has equipped the Squadrons of R.S.I. air force, in the North of Italy, and of Co-belligerent air force in the South of Italy.