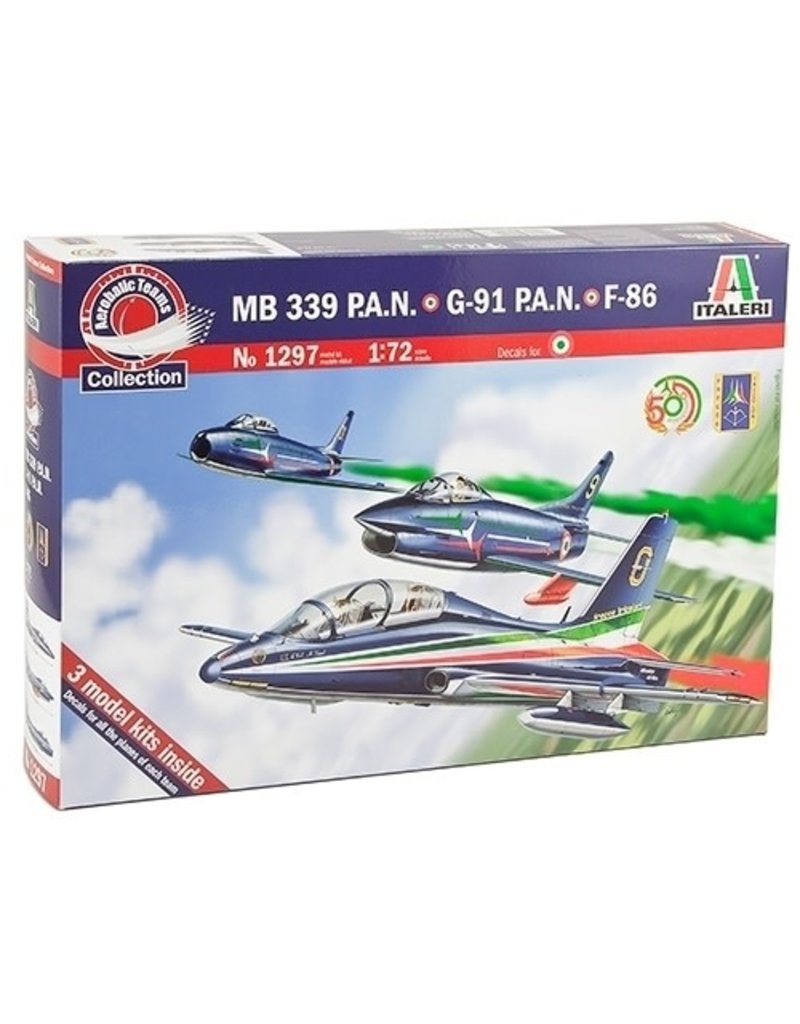 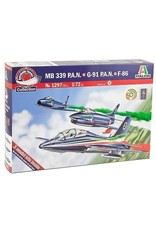 The Frecce Tricolori (Italian, literally Tricolour Arrows), officially known as the 313° Gruppo Addestramento Acrobatico, is the aerobatic demonstration team of the Italian Air Force, based at Rivolto Air Force Base, in the north-eastern Italian region of Friuli Venezia Giulia, province of Udine. They were formed in 1961 as an Air Force team, replacing the teams that had been sponsored by various commands, as Tigri Bianche, Diavoli Rossi, Lancieri Neri, Cavallino Rampante and Getti Tonanti by the mid of the 1950s. In 2010 the team celebrate the 50th anniversary of life. The PAN (as for Pattuglia Acrobatica Nazionale) beginned to fly with F-86 Sabre. In the mid ’60 arrived the Fiat G.91 the famous italian’s built fighter-bomber, in service with Luftwaffe too. The team now flies the Aermacchi MB-339-A/PAN, a two-seat fighter-trainer, with nine aircraft and a solo (the highest number of aircraft of any aerobatic team in the world). Kit contains 3 scale models: F-86 Sabre G-91 MB-339