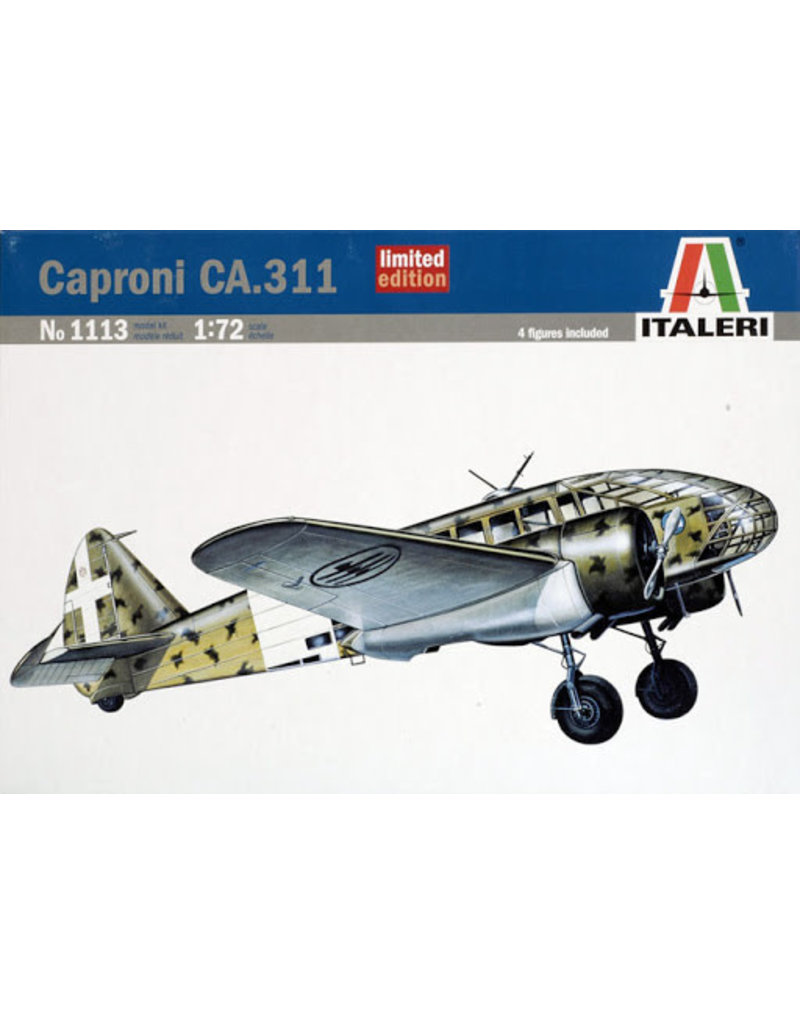 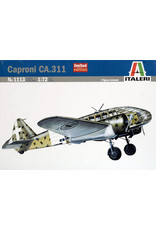 The model kit CAPRONI CA.311 is presented in the same box and with the original sprues of the first version released in 1975. The certified limited edition is guaranteed by an HOLOGRAM on the box which includes the sequence number of each kit.

With this twin-engined Caproni plane the Italian air force replaced the obsolete reconnaissance biplanes with a more modern and suitable plane for the new requirements of the air war.  A twin-engined, three-seat monoplane, the CA 311 was used from 1940 to 1943 in Africa, in the Balkans and in Russia as a reconnaissance and ground-attack plane. This aircraft was used by foreign air force as the Yugoslav and the Croatian ones. The CA 311 ended its career as training-plane for Italian and German young pilots.