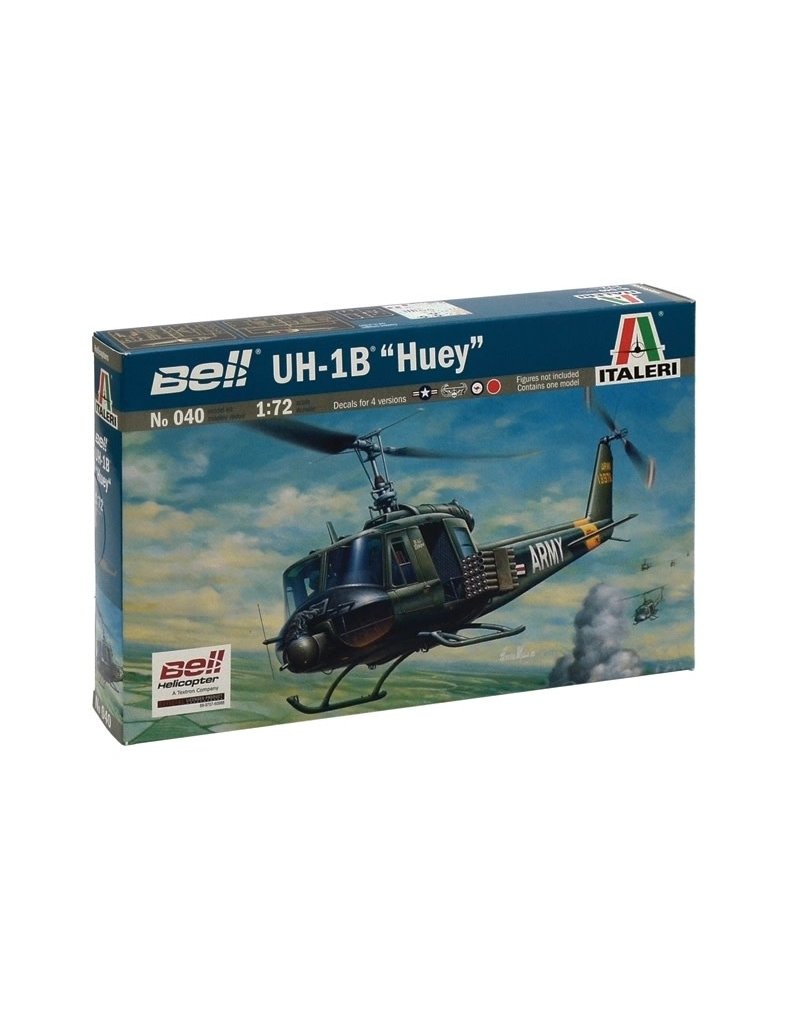 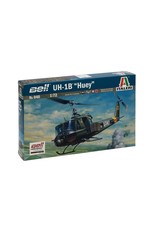 "This helicopter, designed by Bell at the end of the fifties, is still in service to-day in its newer and later versions. It is by far the most widely used rotating wing aircraft the world has seen. The Huey was extensively used during the Vietnam conflict by the U.S. Forces, mainly in support and attack sorties equipped with various armament. Thanks to its reliability and robust construction the UH-1 was quickly aquired by the armed forces of many countries (among others Italy, Japan, Sweden, and Holland). UH-ls remained in ?service until the end of the seventies and were then substituted by its more modern and sophisticated versions. Technical data: Fuselage length: 11.70 m