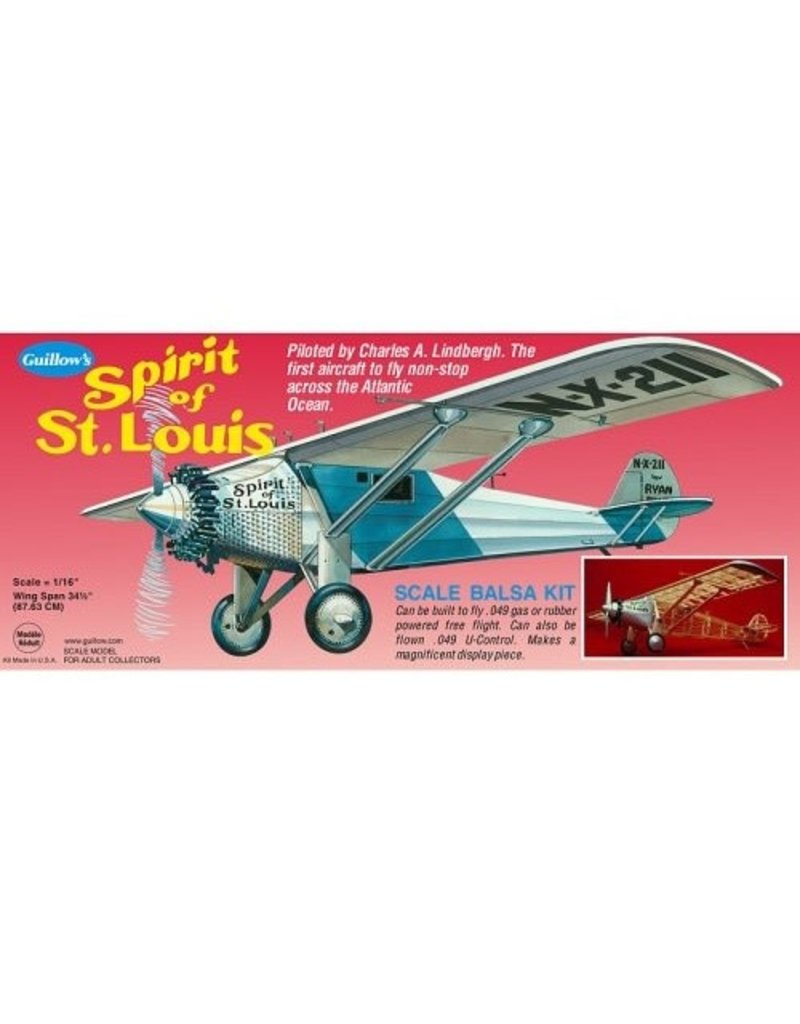 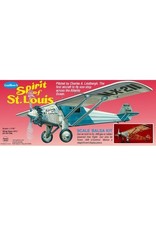 The Guillows 1/16 Spirit of St. Louis is a balsa wood aircraft model kit from the range manufactured by Guillow.

The Spirit of St. Louis, piloted by Charles A. Lindbergh, made the first non-stop flight between New York and Paris on May 20-21, 1927. Time airborne-33 hours and 30 minutes. Lindbergh took off from Roosevelt Field, Long Island, NY on May 20th with but little sleep the previous night. His aircraft, 1,000 pounds overweight, barely lifted off at the end of the runway missing a telephone pole by a mere 20 feet. Fighting exhaustion most of the time, Lindbergh struggled to keep from falling asleep and at intervals, stuck his head out the window of his plane to refresh himself in the wind-stream. At the end of 28 hours, he sighted the cost of Ireland and for the first time realized that he was on target for his goal, the airfield of Paris, France. While still miles away he sighted the glowing night-lights of Paris. Shortly after, he landed at Le Bourget Airfield to the acclaim of thousands awaiting him on the runway. At that moment, Lindbergh and the Spirit of St. Louis entered aviation's hall of fame.