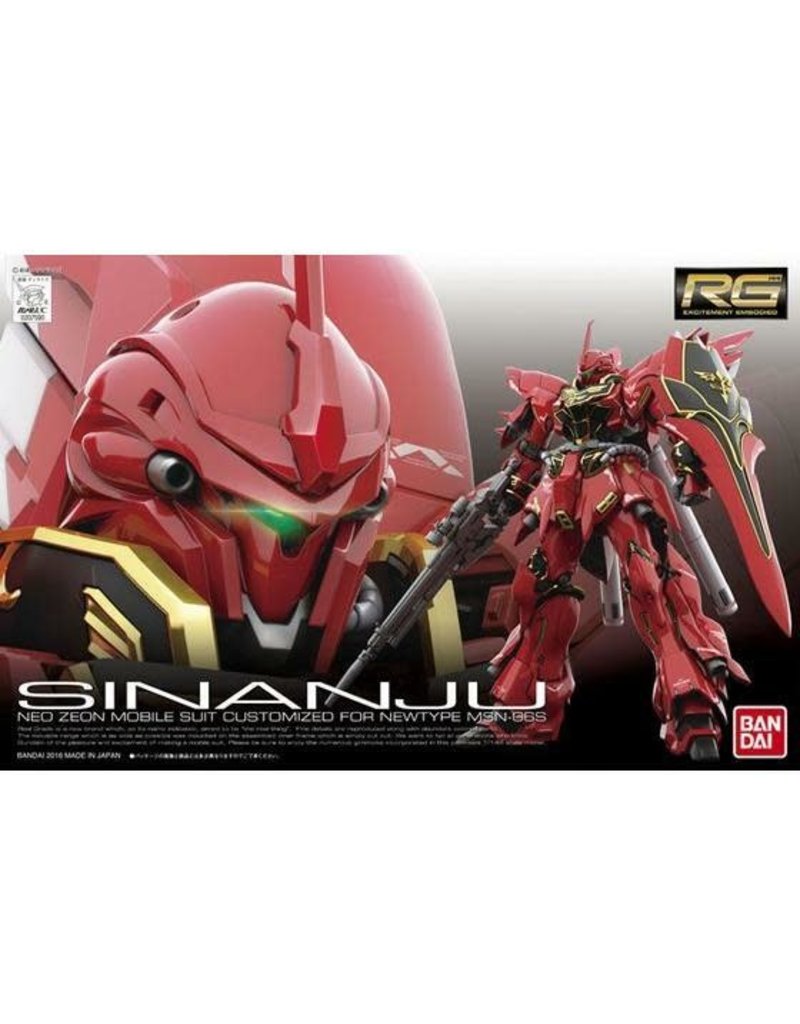 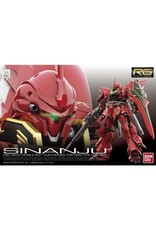 The MSN-06S Sinanju is a mobile suit featured in Mobile Suit Gundam Unicorn. It is the modified version of Anaheim Electronics's MSN-06S Sinanju Stein. It is piloted by Full Frontal.

Originally the MSN-06S Sinanju Stein developed by Anaheim Electronics as part of the Earth Federation's "UC Project", its movable frame is partly made from psycoframe materials. All of the Gundam-like features (except for the vulcan) in the Sinanju Stein have been replaced with a Zeonic-like design and weaponry, making it reminiscent of the Sazabi.

The boosters were also replaced with large flexible thrusters mounted in a wing-like arrangement on its back. Sporting multiple vernier thrusters throughout its frame, the unit is capable of achieving precise movements and high speeds.

With its overwhelming combat ability, crimson body, and mono-eye sensors, the Sinanju reminds all who see it of the legendary "Red Comet".