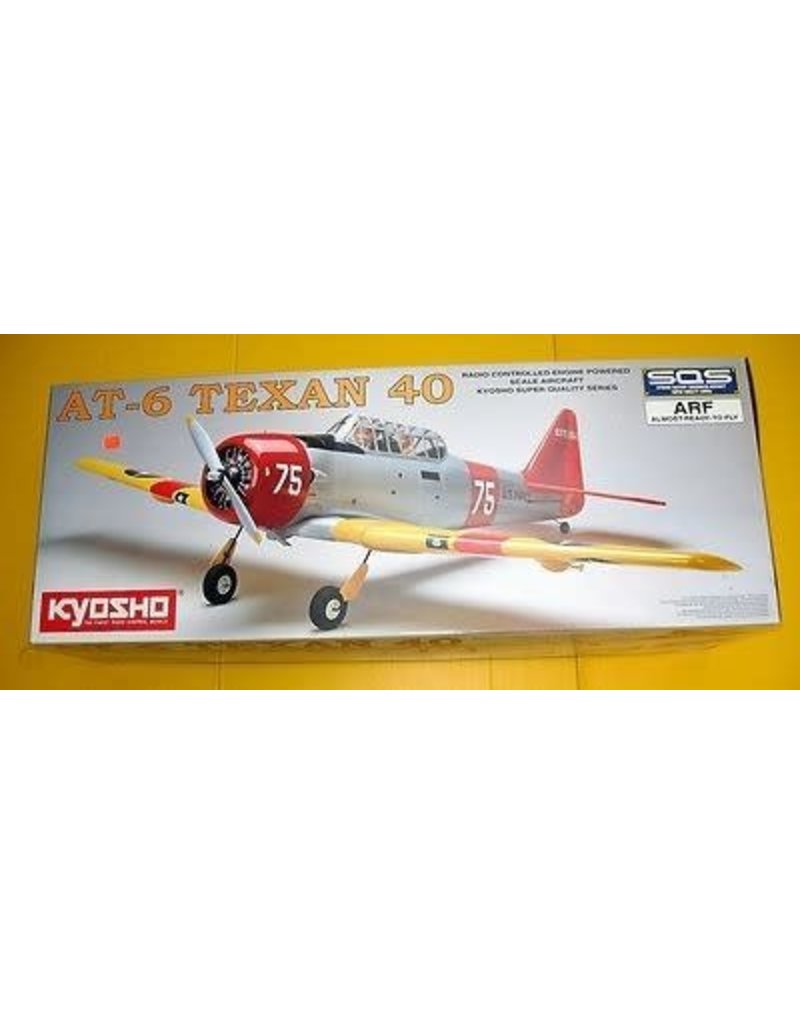 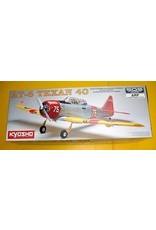 Built just before WW2, the AT-6 Texan, otherwise known as the Harvard, became a hugely successful advanced trainer that went on to serve with several countries well after the war had finished, in fact the oldest aircraft on the RAF's inventory was an AT-6 that was delivered in 1945 and was still being used as a helicopter chase plane until the 1990's! Several were also converted to combat versions and saw action in Korea, Kenya and Algeria and many other conflicts. A firm favourite at air shows around the world, the AT-6 is quite rightly popular as a scale model.

This truly magnificent looking Texan offers the model enthusiast the kind of scale detail usually only found on ground up built models, it's large size makes it ideal for a cheap gas engine, which will give plenty of power for those air display flight routines. The quality of construction is first class, with a glassfiber fuselage and centre wing section, the wings are balsa as are the horizontal stabilisers to keep tail weight minimal. The paint and covering finish is superb, with lot's of scale detail, all the decals are expertly pre-applied & the bright USAF colour scheme is also perfect for orientation. The included hardware is excellent and includes a dummy Pratt & Whitney engine, a fuel tank, Glow/Rail engine mount and fixed under-carriage, the Texan is also retract ready.

The bigger they are, the better they fly as the saying goes and this fantastic looking AT-6 is no exception, a model of this size has huge presence and with the amount of detail on this model, you will be the envy of your fellow pilots at the strip and it won't have cost you an arm and a leg! If you never thought you would be able to afford a large and very scale warbird, now is your chance!