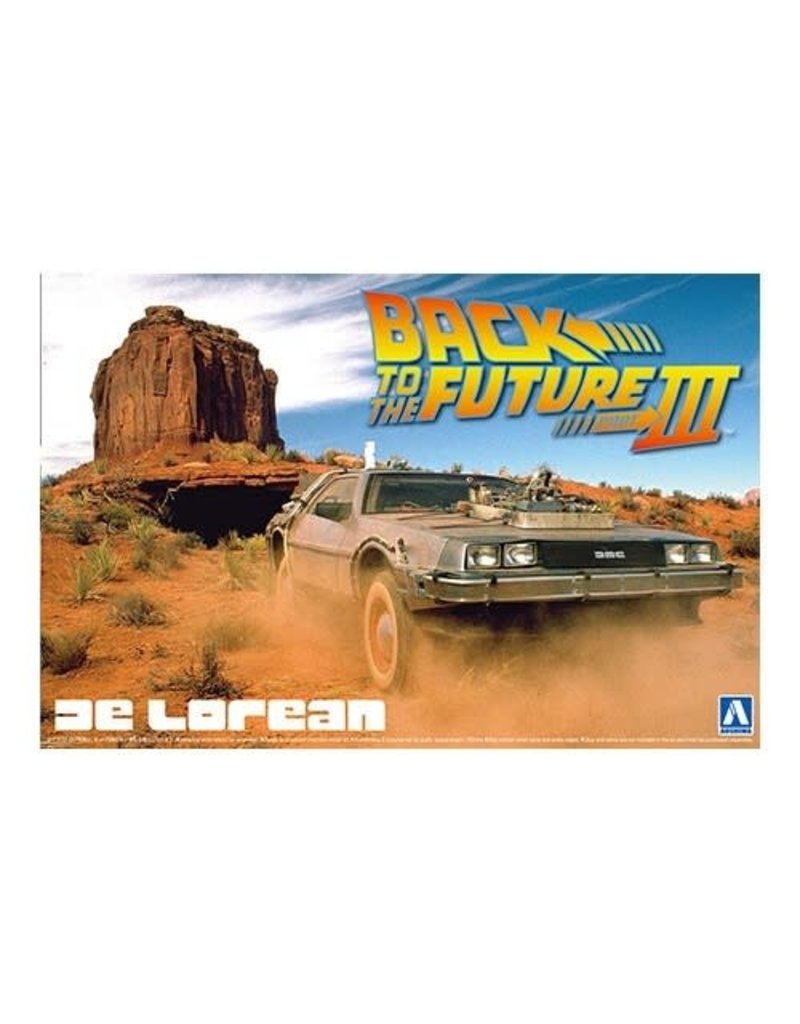 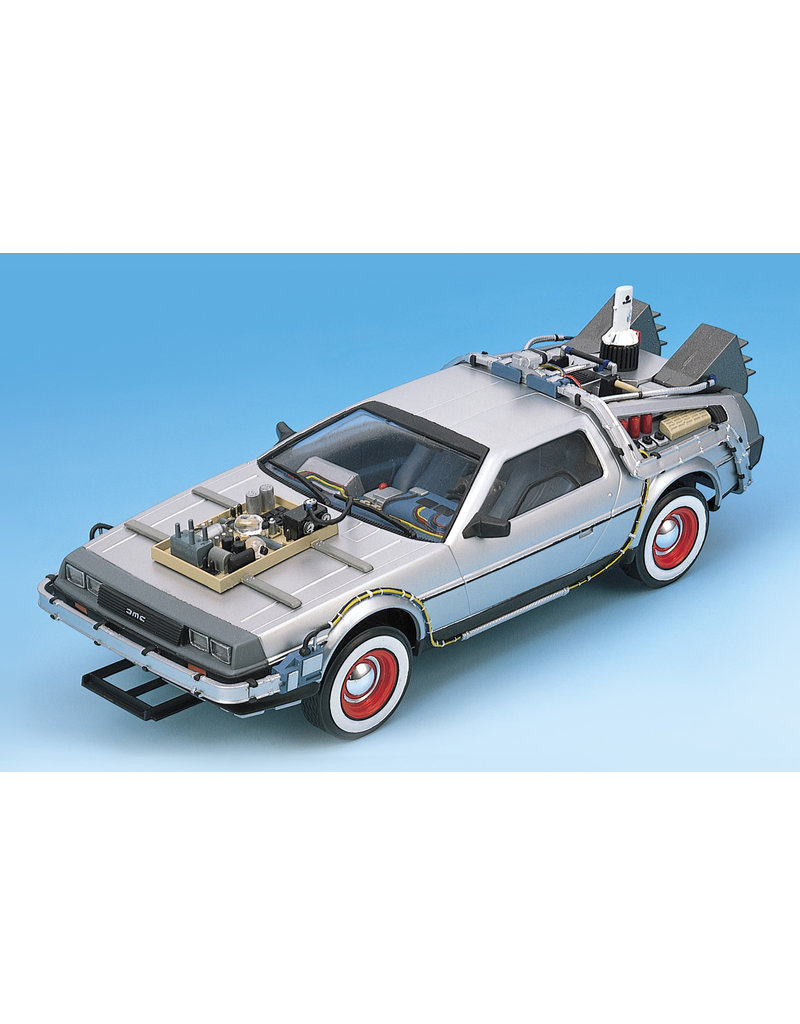 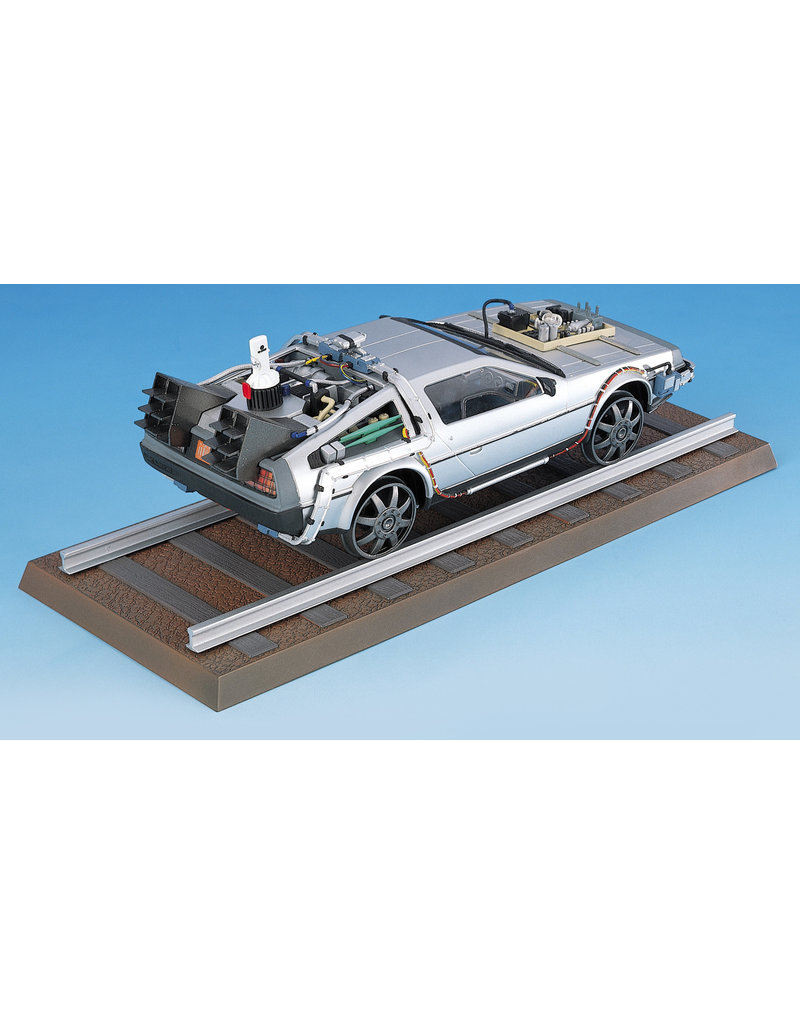 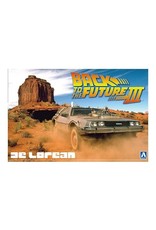 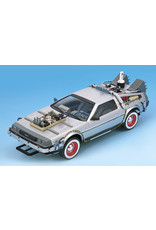 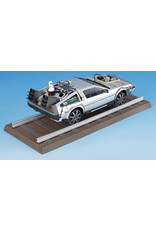 Aoshima 1:24 Back to the Future Part III DeLorean & Railroad Ver. Plastic Model Kit Originally released in 1985, "Back to the Future" immediately became a worldwide sensation, and in 1990, the third film in the franchise was released. Aoshima's kit of the DeLorean time machine returns, with all the attention to detail you'd expect; this version can be assembled as a road car, or adapted for use on railroad tracks. A train-track display base is included. Decals, rubber tires, and a stand for display are all included, too. This kit is a detailed scale model for hobbyists. Glue and paint sold separately. Contains small parts. Actual product may vary slightly from the pictures shown.